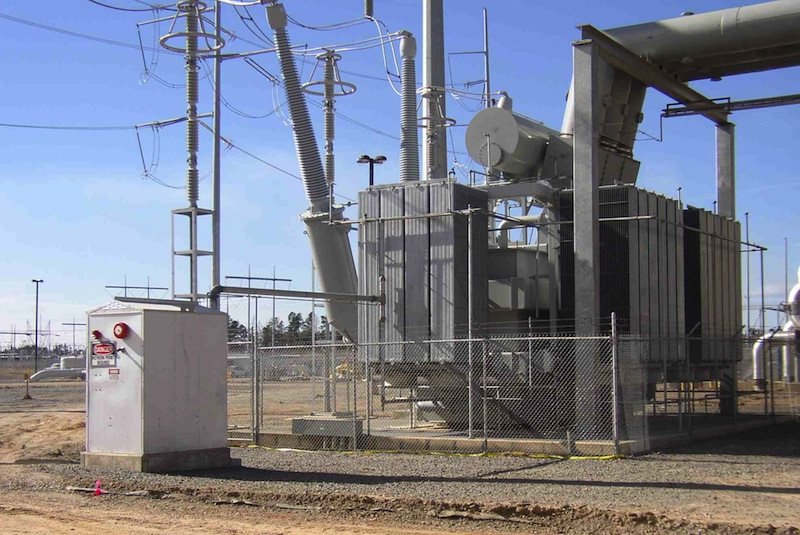 This project consisted of providing Pilot Operated Deluge Systems to protect several large transformers as shown in the picture, along with numerous transformers of a smaller size and several Clean Agent Systems in the control rooms. We also provided an alarm system to monitor alarm switches, low air switches and tamper switches on each sprinkler system.

We were able to install the job with about six to eight men working 40 hours a week.

About half way through the project we were invited to look at an identical project in Gila Bend, Arizona. We visited the site, submitted a quotation and landed that project also.